This tradition is being carried on by The Booksmith which is running a bookstore and event space in the space, called “The Bindery”.   We hope you will come by, check it out and enjoy the experience of perusing great literature in a fun, interactive environment.

In terms of the building’s history: The Red Vic operated at this location from 1990 till 2011, screening classic, foreign and independent films. (Between the two locations where we operated, we were in business for 31 years in all.)

The Red Vic was collectively operated and it was known for its couch-style seating, popcorn topped with nutritional yeast and eclectic movie programming.  We had a very special history and relationship to San Francisco.  However, by the mid-2000’s the crowds of moviegoers had dwindled to just a few and we closed our doors with a final screening of Harold and Maude in July of 2011.   Below are a few reminders of those days.

The original idea behind the Movie House was to bring people together, and that principle lives on in “The Bindery”.

Members of the Red Vic collective circa 1981. 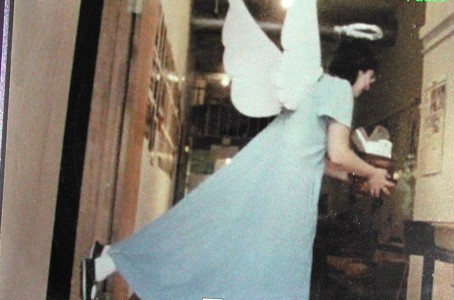 Martha Beck, above, was a Red Vic collective member for many years.  She also had a star turn in our “Dishes” trailer.  This short ran nightly from 1983 until 2011, which we believe made this the longest continuously-playing short subject in the history of San Francisco. 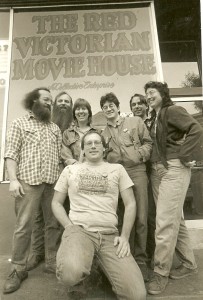 The collective pictured in the mid-80’s. 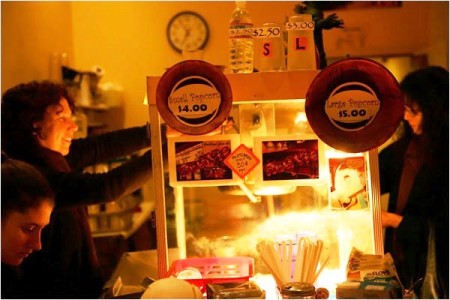 We were known for our popcorn with nutritional yeast. 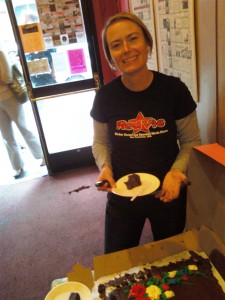 And for serving cake and passing out daisies on our birthday – it’s a Harold and Maude thing. 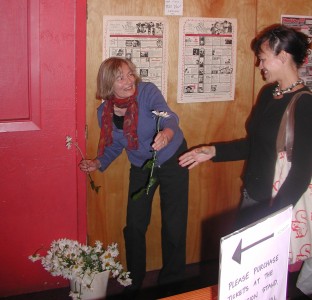